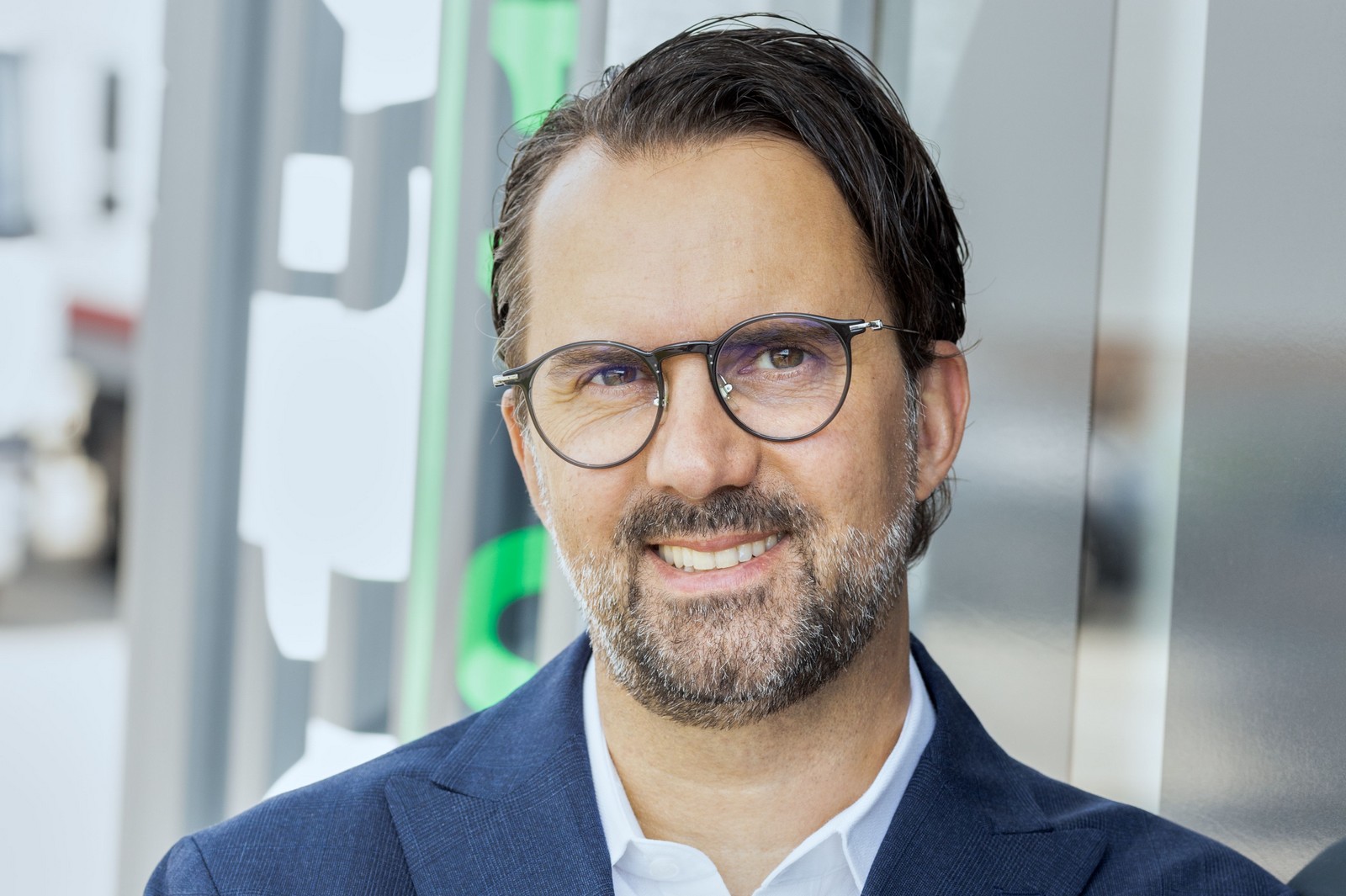 One year ago, the Roatel startup turned a few heads in the European haulage industry when it revealed its first ‘Roatel’ shipping container hotel in Cloppenburg. Since then, the company has opened 3 more, most recently in Bremen, and has plans for an additional 26 locations to be up and running this year. Although social media reactions to the idea of Roatels has varied, feedback from drivers has been substantially positive so far – something that’s evidenced by strong user ratings on Booking.com and other sites.

Given that the mobility package requires lorry drivers to spend obligatory weekly rest outwith the cabin in proper accommodation, Roatel believe their roadside facilities offer drivers all they need to rest while also providing practical locations for journey planning.

Where did the idea come from though? And what is Roatel’s business model, value proposition and expansion plans? To get answers on these questions and more, we got in touch with co-founder Christian Theisen.

Hi Christian, thanks for talking to us at Trans.INFO. How was the Roatel concept born and what is the story behind the company?

My co-founders have a logistics background and have known the problems faced by truck drivers for many years. And when the legislative process was initiated at EU level in 2018 that truck drivers are no longer allowed to spend certain rest periods in the driver’s cab, we did some research on that topic. We had to give up our first idea of buying micro-hotels because there weren’t any. That’s why we developed the Roatel ourselves, together with architects and engineers.

The problem is multifaceted. The mobility package is a difficult compromise. The drivers’ unions are demanding that transport companies schedule their employees to be at home with their families at weekends. However, this is not always possible and many transport companies are economically dependent on longer trips abroad.

There is a lack of sufficient overnight accommodation at all service areas and truck stops. Not every operator of a location can quickly build up a hotel without knowing what the occupancy rate will be. Approval procedures take a long time and operation is cost-intensive. The transport companies, in turn, have to pay high fines if they cannot accommodate their employees in accordance with the law.

Roatel’s concept is unique: We build the micro-hotels ourselves, set them up at a truck stop, for example, and also operate them. The owner of the truck stop does not have to worry about anything and even receives a lease. At the same time, he increases the attractiveness of his location and, in the best case, can generate additional sales, e.g. in gastronomy.

What kind of feedback have you received from drivers who have stayed at Roatels?

Actually they were all positive. It starts with the fact that most people are already enthusiastic about the re-construction of a container. Everyone has already seen the very cool usage variants, whether as a mini apartment in the countryside or a cocktail bar on the beach.

Our guests are excited about the quality. The materials are high quality and durable. We put a lot of value on the technology. There is a ventilation system to keep the rooms fresh. All walls, ceiling and floor are heavily insulated against cold and heat. And if it does get extreme, the rooms can be heated in winter and cooled in summer with the air conditioning.

What guests like best, however, is that there is a private shower and toilet. That’s what the drivers miss the most.

The rooms are small, but don’t feel cramped at all with the high ceiling (we use high cube containers) and large window. We didn’t have a table in the first version, so we’re going to build one into the new Roatels.

Last march, in an interview with Bild, you said that you hoped to build 600 more sites in the next three or four years. Some 9 months later, do you feel you are keeping pace when it comes to this goal?

We had just completed our prototype last March and were planning the series production. In the meantime, 4 Roatels are in operation and we want to have at least 30 locations ready by the end of the year. In Löningen, our producer has now built its own production facility, in which up to 15 Roatels “Made in Germany” can be completed per month from 2023. Our goals are ambitious, but certainly achievable. We plan for Europe even 2,500 Roatels, then of course with further production sites. The bottleneck factor is more the approval process, which varies from Bundesland to Bundesland.

Some people could be forgiven for thinking 49 euros for a rather compact room inside a shipping container isn’t the greatest value for money. However, naturally you must believe there is a value proposition there, so what is the main advantage of using a Roatel – could it be the location and convenience for example?

Our operating costs are higher than a typical 50-room hotel operation in a city. Our cleaning staff has to come in daily for just 4 rooms. Laundry service costs more. The construction costs are also higher than for a conventional construction project. We do not use fossil fuels but green electricity. And in the future we will also equip the Roatels with solar cells, which will initially increase the investment costs.

As a start-up in a completely new market segment, we don’t get cheap construction loans, but have to make all the investments ourselves. The concept therefore only pays off if there are many units.

Of course, our guest doesn’t care about this. However, he does not have to pay for the room, but his employer. That’s what the mobility package says. The carrier will add the cost to the freight price, similar to increases in gasoline prices. So the argument that the driver can’t afford our room is irrelevant.

We actually see our location in particular as a big plus. The driver stays close to his vehicle. He also has his truck parking space at the location, which hotel or guesthouse has that? And the truck doesn’t have to take any detours. He stays near the freeway.

We had it calculated: If every guest only drives 1 km less to their accommodation because they find their room directly near the Autobahn, the future network with a total of 600 Roatels in Germany can cover 1.8 million truck kilometers or 700,000 liters of fuel saved per year.

With that in mind, the EUR 49 – net for the entrepreneur only about EUR 45 – is not that expensive.

At this moment in time, with the EU Mobility Package due to enter into force, a number of huge road transportation companies are looking at setting up accommodation bases on the fringes of western Europe, for example on the Poland-Germany border. Would you therefore be open to the idea of taking your know-how in setting up shipping-container hotels and then building them for clients on top of your existing business model?

We prefer more a solution in offering decentralized accommodation in many places. In addition to service areas and truck stops, other commercial areas or municipal properties near the motorway are also possible. This enables transport companies to plan much more flexibly. And the realization of such smaller projects can also be implemented much faster.

It takes a long time before large bases are planned, approved, built and put into operation. Also think of the resistance from local residents, which we see more and more often in such mega projects. It is questionable whether the large bases will then be utilized to capacity. Since the state will not finance these projects, investors who will take the risk have to be found.

But of course, if there is a need for our solution, we will help.

As I understand it, it costs around 120,000 euros to turn a shipping container into the 3-room hotels seen at Roatel sites. How long do you estimate it takes before each container has a profit, and what would the occupation rate need to be like?

First of all, each Roatel has 4 rooms. For a truck stop with 100 trucks, for example, we calculate an occupancy rate of 80%. That may be a lot for a conventional hotel, but not for the conditions at such a truck stop.

The business model cannot be broken down to the profitability of a Roatel. Unlike a conventional hotel, we can also react spontaneously to changes in demand by adding or dismantling additional units at a location. If you set up 2 or 3 Roatels in one location, the calculation is completely different again.

So that’s not how it works. We’re not a hotel, that’s why we call ourselves Roatel. Our approach is much broader, more disruptive. Ultimately, we want to become THE booking platform for truck drivers.

Lorry cabins are seemingly getting bigger every year, thereby improving the level of comfort for drivers. There is thus some speculation that at some point this could lead to a change in the law requiring weekly rest outside the cabin. Is this a future possibility that would concern the company?

We interpret the mobility package as a compromise between Western and Eastern European countries. With the Eastern European transport companies, it was not possible to enforce the obligation to return every weekend. But the conditions make it more expensive for the companies, either through the accommodation costs or the penalties, which are almost EUR 4,000 for each case. This cost pressure will certainly be maintained. The entire legislative procedure took many years. Why should you give it up now?

On the contrary: In Germany and other countries, social regulations tend to be further improved.

However, there are so many other good alternative uses for our micro-hotels that we can’t offer yet. So we’re not worried about the future at all.

Given the need for better driver facilities, to what extent do you feel state funding or low-interest loans should be made available to Roatel and other competing companies to speed up expansion?

There are state subsidies for the expansion of truck parking spaces. That’s it. The creation of overnight accommodations will not be funded. This is an issue for the private sector. That’s a good thing. So only the best concepts will prevail, which is also in the interests of the drivers.

But as far as approval procedures are concerned, something should change.

In Germany there is the special situation that all buildings along the Autobahn are approved by the Autobahn GmbH. The municipal building authorities are responsible for truck stops. The approval processes take a long time and need to be significantly accelerated. The new federal government of Germany has announced the plan of reducing bureaucracy.

Finally, Roatels are appearing across Germany, with Bremen being one of the latest sites. What are your plans for the rest of the year? Do you have any plans for sites outside of Germany, and if so, which country or countries would you look to expand to first?

We plan at least 30 locations for 2022. The demand is higher, but the approval procedures, the construction of the new production facility and the raising of the necessary funds are slowing us down a bit this year. If everything goes well, we can do 40.

We already have a few inquiries from abroad. But we would first like to concentrate on a clean build-up in Germany. France is the first other country we are considering, where negotiations are already in progress with a major customer. 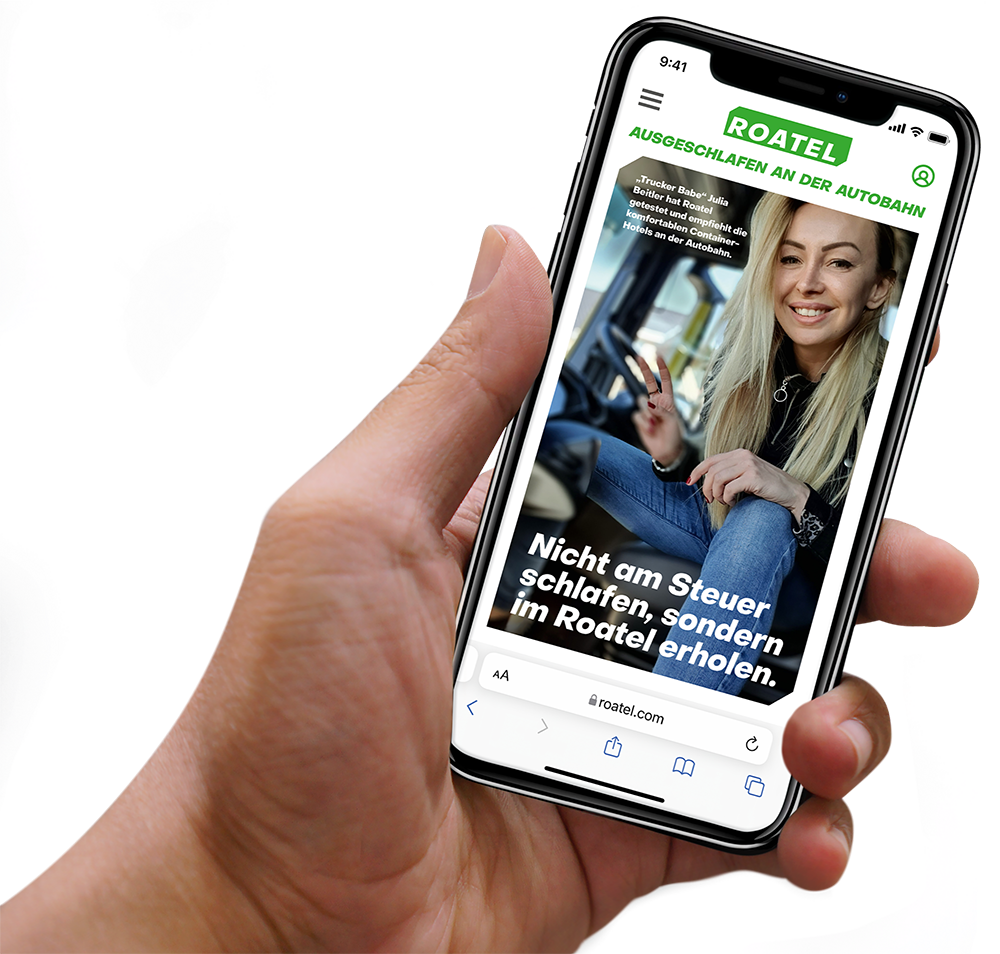